HMD Global has a new Nokia flagship, and it may be the company’s most grand phone until now: the Nokia 9 PureView. It has eye catching five cameras on the rear that on the record takes the crown for the maximum rear cameras ever place on a phone.

The existing trend for smartphones seems to be all concerning with more and more cameras. At Mobile World Congress a few months back, the crown was given to the Nokia 9 PureView, which has no less than 6 cameras – 5 on the back and 1 on the front.

The Nokia 9 PureView packed with five 12 MP cameras with Zeiss Optics on the rear side, in the asterisk shaped arrangement. Two out of the five cameras are in RGB color sensors to capture precise and vibrant colors, while the left behind three are monochrome and focus on detail and sharpness. Of the last two points on that star, first is the flash and the other one is depth sensor.

Once you press the shutter to capture, all five cameras shoot different coverage at the same time, which then get combine together into a single, extremely detailed shot. The phone combines their views together into one 12-MegaPixel picture, according to Nokia the final shot will have depth of field and very high dynamic range. Users can use the Google Photo software to change the focus after the fact; while more skilled photographers can jump into uncompressed DNG file with Adobe Lightroom. Depending on the scene composition the cameras can even shoot many exposures on their own, to add even more detail to the final image. We can say that it is a smart phone camera that offers new levels of color and detail. 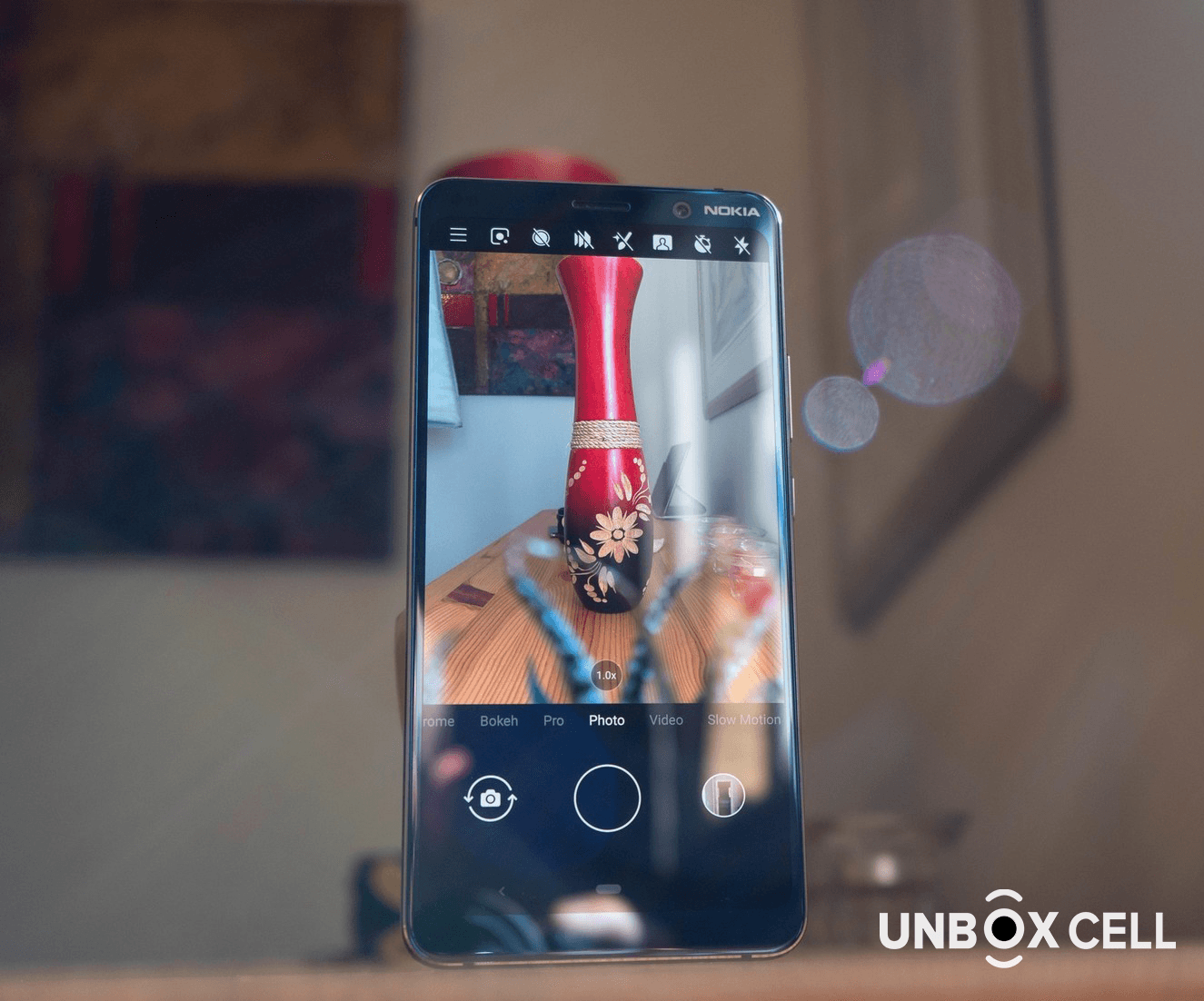 Once the Nokia 9 PureView’s five cameras have taken a photo, The front camera is no slump either, show 20 MP. The screen is a 5.99-in OLED display with a 2000 resolution, and the phone can be unlock with either a face scan or the fingerprint sensor under the display. Under the cover, the Nokia 9 PureView is the power of a 3,320 mAh battery, 6 GB of RAM, a Snapdragon 845 processor, and 128 GB of storage space.

The single port is a USB-C for charging or compatible headphones, if you have not already made the switch to Bluetooth. Nokia was good enough to pack in an adapter. The phone can also be charge wirelessly.

Loaded with Android 9 Pie, Nokia 9 PureView is as capable as it is powerful. Make use of AI to understand your inclination, Android 9 PureView adapt a user experience that just gets improved with time.

Related Topics:Nokia 9 PureView
Up Next