The Honor 10 and Honor View 10 are the exclusive smartphones from the Chinese company. Both the models are known for their economic and pocket-friendly value, they are two interesting purchases for quite a large number of people. It is due to this that many users find it difficult to choose between the two models.

Both the smartphones are quite the same and have very small differences between each other. This is not quite of a surprise since both smartphones are the models of the same series by the same manufacturer. Both the models were released within a relatively short time span.

If we take a look at the technical specifications, we will get an idea that both the smartphones are more or less same products. Both the devices have a HiSilicon Kirin 970 processor with eight cores: 4 Cortex-A73 clocked at 2.4 GHz and 4 Cortex-A53 clocked at 1.8 GHz. This special processor is equipped with an NPU which is dedicated to artificial intelligence. That is why both the phones have artificial intelligence in the cameras, enabling the Smartphones to recognize objects/subjects and automatically adjust the settings accordingly, to provide the best possible result.

Let’s take a swift yet an all-inclusive look to review and compare the specs of both the models Honor 10 and Honor View 10, to find out the differences and similarities between the two models. This will help the potential buyers to decide which one of the two models would be the best for them. 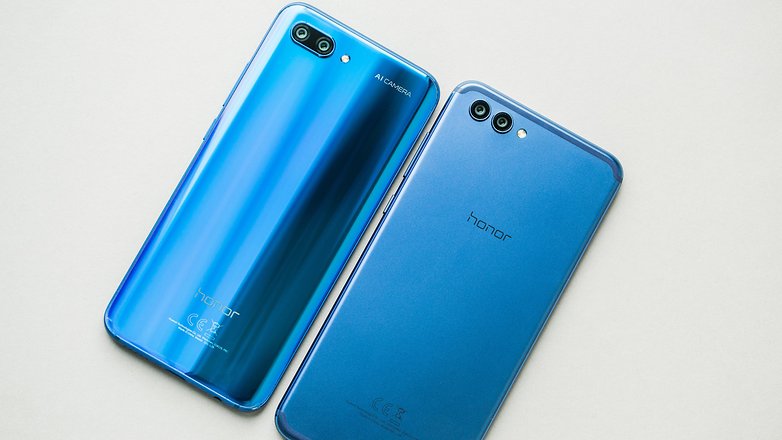 The Honor 10 has a better camera than the Honor View 10. Although, the differences aren’t huge and obvious, the double camera of the Honor 10 stands out a little more.

In this aspect as well, Honor 10 presents a better style. This model benefits from a better fashionable design with a screen that boasts quite an advantageous screen-body ratio

The Honor View 10 model is more suitable for users who are looking for a Tablet. The technology is as mentioned earlier, quite similar to the Honor 10 with an IPS screen with a lower pixel density. The Honor View 10 and its 5.99-inch screen is more easier to watch and enjoy multimedia content.

The View 10 has quite similar technical numbers to the Huawei Mate 10 Pro, so it’s obvious that the smartphone is a little more powerful than the Honor 10. The Honor View 10 offers more RAM, which translates into higher performance, better multitasking and also smoother navigation.

Although it is a relatively newer model (was announced in December 2017 and launched in early January 2018), the Honor View 10 didn’t give in to the temptation of glass. The smartphone thus features a classic design with an 18:9 seamless edge-to-edge display with a slim and elegant aluminium case. This model’s material is more resistant to falls. All the awkward users out there will certainly appreciate that the View 10 is more than robust.